The British Shuai Jiao Union (BSJU) is recognised governing body for Shuai Jiao in the United Kingdom by the European Shuai Jiao Union (ESJU) and the World Shuai Jiao Federation (WSJF). The BSJU is a non-political, non-profit making and voluntary organisation it was formally constituted to promote Shuai Jiao known as Chinese Wrestling.

Wherever possible complaints must be in writing and include the name and address of complainant. The BSJU Complaints Committee reserves the right to investigate complaints received anonymously, if justified.

The Complaints Committee Chair will make an assessment of the complaint and may refer it to any appropriate outside agency, or other BSJU Committees (e.g. Judge and Referees Committee), seek an informal resolution or allocate to an investigator dependent on the circumstances and seriousness of the complaint.

It should be noted that a police or Social Services investigation will take priority and no action will be taken by the Complaints Committee until that investigation and any resulting criminal proceedings has concluded.

When allocated to an investigator he/she will inform the complainant that they are dealing with the matter and inform them that their details will be disclosed to the person complained against and the likely time-scales of the investigation.

Other Policies and Guidance

You can view the other policeis and guidance summaries published by the BSJU on the Policies and Guidance page. 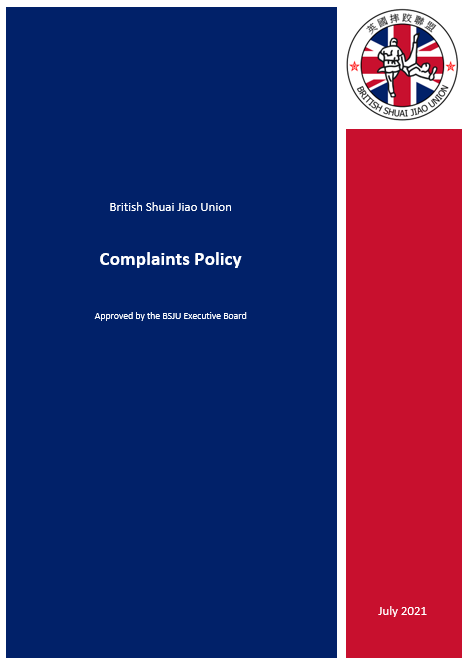